Change is coming but are you ready?

Over the last 6 months, we have seen a huge change within the technology industry and these pieces will start coming together during 2015 and leading into 2016 but are adding yourself to these individual pieces before they become one? 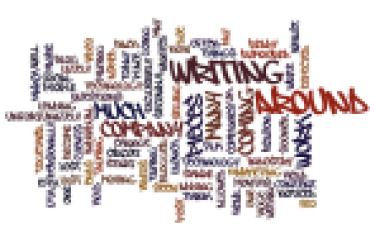 With Technology moving from SEO through to Content Marketing and now Social Selling, many companies have played at the release of technology to enable technology advancing into our lives only to fail…..

We only have to look at Microsoft with their Smartwatch which was announced at CES03 where Bill Gates announced they were developing the SPOT (Smart Personal Objects Technology).

This was too ahead of it’s time and development stopped in 2006 before the the project was officially closed down in 2008.

So what you need to really understand is that your dreams (and many will dismiss you as a fantasist or crazy with with mad ideas) can and will be part of your business. May not be this year but most of them will happen over the next 10 years, so you really need to think about if these ideas come true, is your business prepared or ready to embrace these concepts? 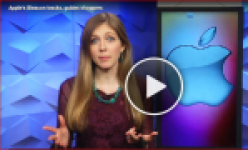 Bridget Carey is explaining here, who would have thought that when you walk into a shop, the outlet can identify you and be able to greet you. If was a coffee shop for example, there could say something to me like

“Hi Ian – large Americano as usual? Sit down and we will bring it over to you”

Then as I sit down, the Coffee shop then makes my drink and charges it to their App’s on my phone which I have pre-loaded with funds already. Now whilst we are not completely there yet, we are very close with what Starbucks can offer with their card and App – are you using  their mobile App?

All this can is possible and has been possible for years – and yes before people say Google/Android have been doing this for years –  it has never taken off properly because there hasn’t been a full common driving force behind it.

Now with Apple launching Pay – 9th September 2014 – in the US with continued roll out Worldwide during 2015, Apple will be driving this forward by utilising NFC in-conjunction with their iBeacons. Rite-Aid and CVS virtually immediately turned off NFC in their stores and then Wal-Mart followed deciding to go with other options which may not be available until Q3/Q4 2015 or 2016. Why is this big – one simple reason, they are scared that Apple will have access to their customer data or alternatively, other retailers may be possibly to see what these people have have been buying and target them with special offers.

The interesting factor is that Google are now re-launching and about to start a big drive on Google Wallet – too much too late?

Recently, we have had a raft of announcements including:-

So by looking at these links below and above, you need to start really thinking about technology is evolving and how you need to prefer your business now for this. And before you say that this is a long time off, no it isn’t as various companies through Wearable Technology is already offering many of these services plus with Watch launching around 17th of March 2015 together with Pay rumoured to be launching on the same date in and around the UK and Europe, all this technology is going to have a major change to your business but are you ready?

McDonald’s and Starbucks have already kicked off 2015 by recognising that their customers are using their phones more and more so they need to make sure they can continue using them. Thus, to help them, they have installed wireless charging points in their stores around London and will extend this roll out across the UK during 2015.

ARE YOU READY FOR IT?

To learn more about bringing the future into your business today and setting you on the correct path for your future, as well as understanding the forward thinking and the views & opinions of Ian Calvert, the research for other companies that he is looking into and undertaking for companies or just to learn more about Ian Calvert and how he can help you further, you can visit his website here